This project is a Local Training Initiative funded by Solas and managed by WCT. It trains people in heritage stonework under the guidance of Master Stonemason Tony Jones. Fantastic work done so far and more planned for the future. 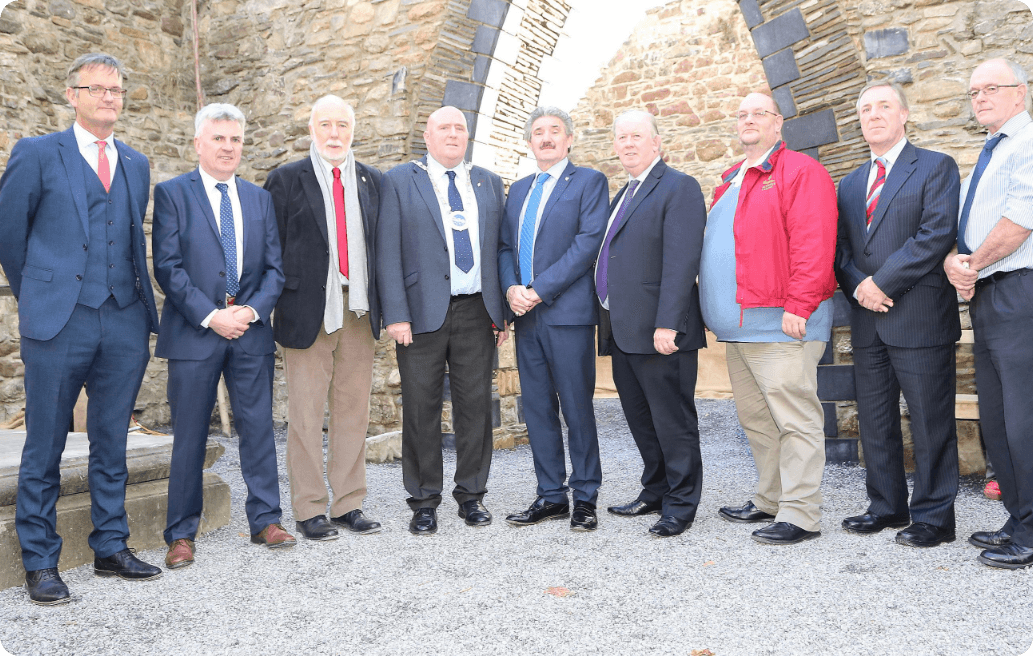 The project in St John’s Priory and Wyse Park was started in 2008 and funded by Solas and Waterford City Council. Its twin objectives are to train students in heritage stone building and to contribute to the preservation and improvement of our built heritage. It is managed by WCT, and the students usually undertake a forty-four-week training programme learning stone building skills under the tutelage of Master Stonemason Tony Jones. As part of this training, work is also completed on heritage projects, such as the repair of the city walls, stone wall reconstruction, and other projects that contribute greatly to the City.

So far, the project has rebuilt walls around Wyse Park, preserved and secured ancient gravestones, and laid new paving in that area. Other works have also been undertaken to repair the City walls and the Beach Tower.

The first phase of the project  was to rebuild the arch in St John’s Priory, and took up to twelve months to complete. The arch, which was part of the 12th century Benedictine monastery, was removed in the 19th century. Considerable research and planning has gone into the design and detailing of the replacement arch. All this work is done under the direct supervision of a master Stonemason and Conservation Authorities.

Funding of this Local Training Initiative is provided by Waterford Wexford ETB and Waterford City & County Council. The initiative is regularly audited to ensure that students derive the best outcomes.

Further thanks is due to The Regional Youth Service who continue to support our training efforts, and in no small way contribute to enhancing Waterford’s rich and diverse heritage. 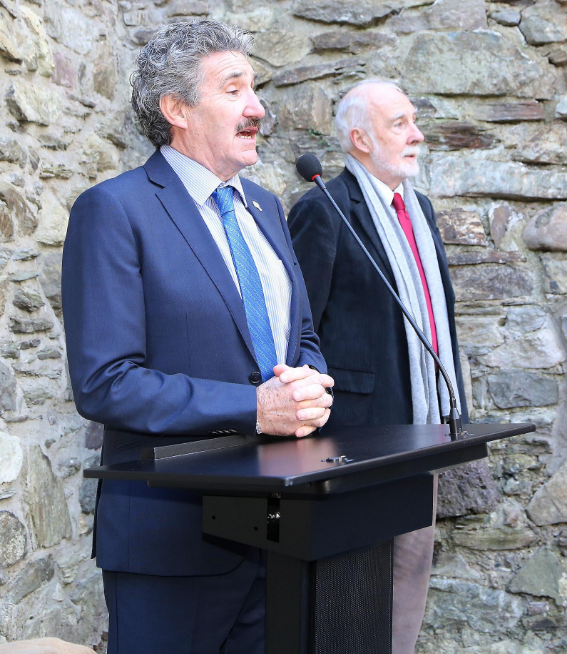 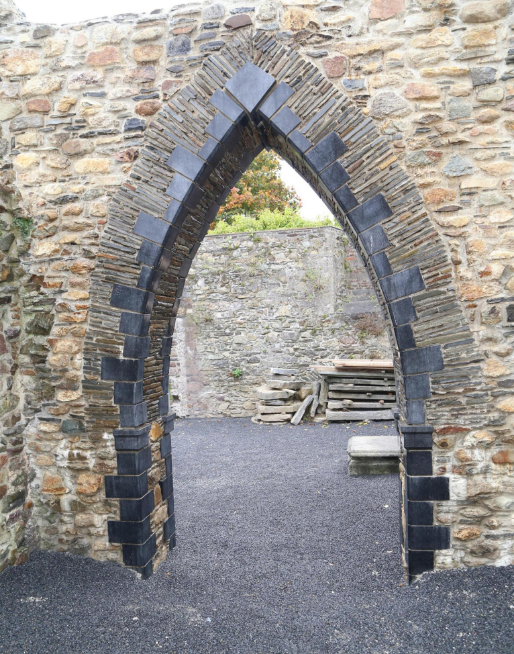 The priory has played its part in the history of Waterford since the 12th century.  Possibly founded by Prince John, later King John of England, it began life as a Benedictine priory in the 12th century. It was dedicated to St. John the Evangelist, and the church served the people living in the Johnstown area, which was considered the suburbs of the city in the middle ages.

It flourished until 1537 when King Henry VIII of England decided to close the monasteries as part of the church reformation.  As with almost all of the closed monasteries, its land and buildings were presented to local loyal supporters of the king.  In the case of St Johns Priory, the land was given to William Wyse, making him a substantial land owner and the family were known as the Wyse’s of the Manor of St. John.  This site was the Wyse family’s place of burial for a number of centuries.  A number of their headstones remain in good condition, and many of these are displayed along the refurbished wall within Wyse Park. 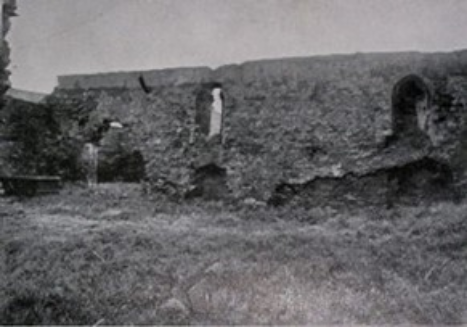