Waterford Civic Trust has launched Phase One of the ‘Raise the Roof’ fundraising drive for Blackfriars in the centre of Waterford City.

Waterford Civic Trust aims to raise €50,000 to complete the first phase of the project. 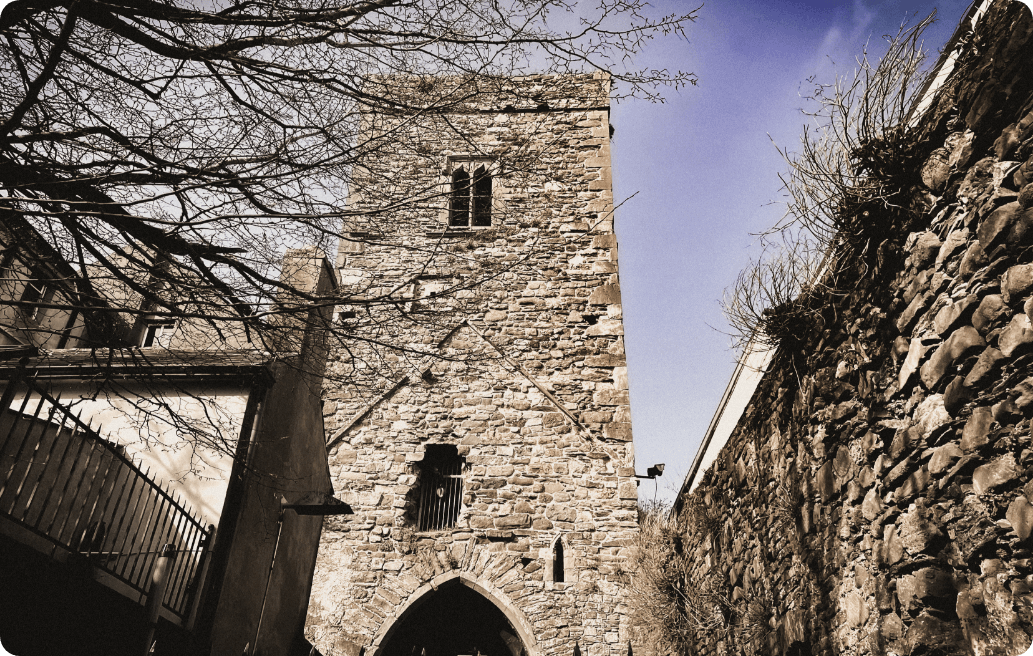 Waterford Civic Trust has launched Phase One of the ‘Raise the Roof’ fundraising drive for Blackfriars in the centre of Waterford City.  The Trust hopes that with the help of the Waterford public the roof can be replaced on this historic structure with a view to eventually turning it into a functioning building or civic space.  (Blackfriars is the ruin at the top of Conduit Lane, behind the new Penny’s building and opposite the entrance to City Square.)

Pádraig Ó Gríofa, Chairman of Waterford Civic Trust said, “Some might think we are crazy to launch a fundraising drive in the middle of a recession but we believe that with the help of everyone we can achieve our target.  This is a really good time for any construction work as the rates are very competitive and let’s not forget that we are also supporting local employment as we’ll be using local firms and sourcing all materials locally. You can’t always wait for the authorities to act and sometimes there is even greater pride and satisfaction in the overall achievement if we do it ourselves.”

Waterford Civic Trust aims to raise €50,000 to complete the first phase of the project.  They are asking the public to buy symbolic materials that will eventually go into the building.  Box of Nails €2, Slate €5, a supporting beam is €20, a rafter €50 and so on.  Waterford Civic Trust Board Member, author and respected local historian Bill Irish and editor and restorer of old photos Andy Kelly, kicked off the fund with a donation presented to the Chairman at a function on Thursday last. 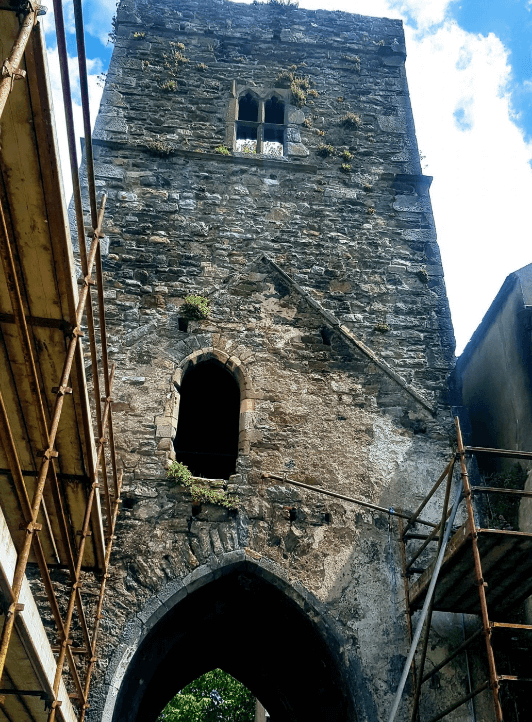 A number of medieval structures survive in Waterford City. These include several sections of the city walls and gates, the remains of several domestic structures, a bridge over John’s River and the remains of three religious houses. The latter are the Franciscan Friary, the Benedictine priory of St. John the Evangelist and the Dominican priory of St. Saviour’s. The Dominican priory, known as Blackfriars, stands in the medieval city, also the present city centre. 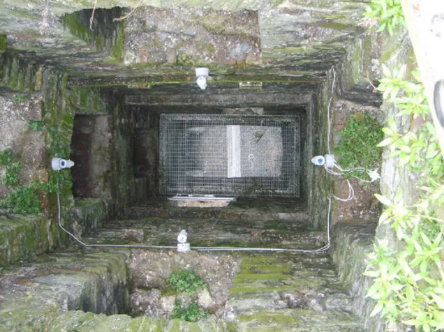 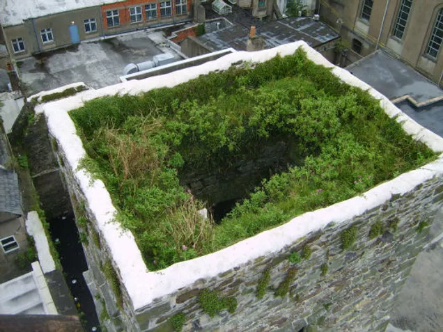 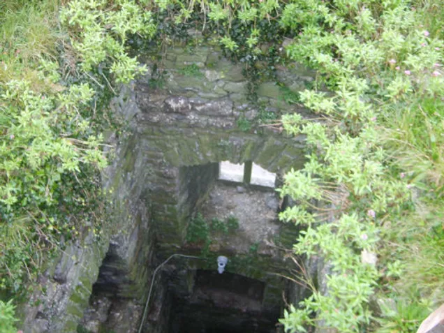 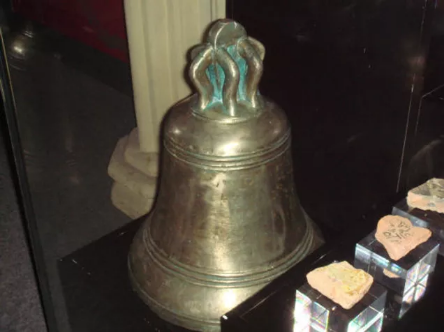 The Dominican order arrived in Waterford in 1226. The Priory of St. Saviour was founded in 1236 when the citizens of Waterford received permission from Henry III to build a friary for the Dominicans on a vacant spot below the walls, where there was a small tower. The extent of the site at its dissolution in April 1540 lists the presence of a church belfry, Lady Chapel, cemetery, cloister, dormitory, chapter-house, library, hall over two cellars, kitchen, store, bake-house ‘Little Hall’ over two cellars, ‘Doctors Chamber’ with cellar, ‘Barron’s Hall’ over three cellars, three small gardens, two small chambers with cellars, four messages, 15 acres called the King’s Meadow and a water course. These extensive holding were not necessarily all grouped around the priory, but nonetheless show that the Dominicans had a considerable amount of property.

After the dissolution the priory church and the Lady Chapel was used as the Court of Inquisition and is mentioned as such in the city charter of 1626. It was mentioned in 1746 as being the county courthouse and is shown as such in Bernard and Scále’s map of 1764. The building appears to have gone out of use in the nineteenth century, possibly when the courthouse was built in Catherine Street in 1849.

The remains of the medieval Dominican Friary called Blackfriars have been in the possession of Waterford City Council since 1577. The nave, although still without a roof has been partially restored by Waterford City Council who intend to use the space provided as a city market. The historic access from Blackfriars’s Lane to the west front of the building, which had been closed off and had passed into private hands, has been acquired by the council and re-opened. The Waterford Civic Trust hopes to replace the tower roof to compliment the work done by the City Council and to create an addition to the attractions of the historic Viking Triangle area of Waterford City.